University at a glance 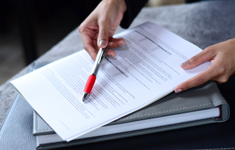 Brief History of Knowledge in the Country

Higher education in Iran has a very long history. During the Achaemenid period (595-355 BC), government services were required for higher education in law, and disciplines such as medicine, arts, geography, music, astronomy and military science were also taught.
During the Sassanid era, the Jundee Shapour University was a global center and scholars from different parts of the world began studying in the fields of philosophy, astronomy, theology, law and medicine. After the flourishing of Islamic civilization, there were also numerous beatilkhamahs in the Islamic world, among which Azerbaijan's role as one of the oldest origins of human civilization was very influential and established major scientific centers.
The quarter of Rashidi was created as the largest and most valuable educational complex of Islamic world in Tabriz. The Higher Education Center, which was taught in various time sciences, was a scientific and industrial city including five villages, Dar al-Shafa, Dara al-Sidah, mosques, libraries, coins, monasteries, monuments, and textile and paper mills.